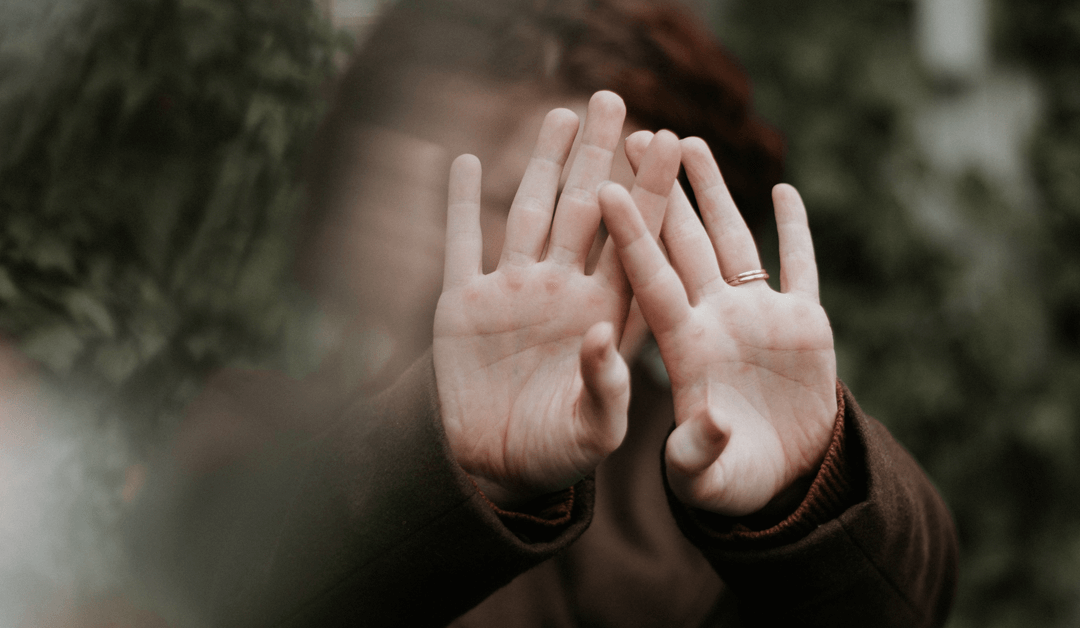 Shame is one of the most uncomfortable feelings we can experience as humans. Shame makes us feel simultaneously too small and too big – we feel unworthy and insignificant, but also exposed and wishing we could disappear. In order to overcome shame, we must first understand what shame is, where it comes from, and why it affects us so deeply.

The Roots of Shame

Brené Brown defines shame as “the intensely painful feeling or experience of believing that we are flawed and therefore unworthy of love and belonging.” Similarly, Chris Germer describes shame as “the emotion that arises when we believe we are too flawed to be loved and accepted by others.” Love and belonging are fundamental human needs, which is why shame feels so devastating. Dr. Germer goes on to describe shame as a “sticky” emotion.

The idea that we are unworthy of love and belonging typically originates in childhood and adolescence, as a result of criticism or affection that is contingent on our behavior. If we are given the message by our parents, teachers, community, culture, or other important people in our lives that we are stupid, lazy, or not good enough, we internalize those messages and they become our inner voice. If we are given love and affection only when we do well, our self-worth becomes connected to our behavior. This is how feelings of guilt can spiral into shame. The truth is that regardless of whether a person is an introvert, extrovert, or ambivert, shame derives from the human connection. WE ALL long for safe and secure connections with others. Shame is rooted in the messages of unworthy and unloved that occur in disruptions in connection. These messages often leave parts of us with negative core beliefs such as unloveable, unheard, unseen, and unworthy.

We often lump guilt and shame together, but there is a critical difference. Guilt is about what we think we have done, whereas shame is about who we think we are. For example, if you lost your temper and said something unkind to a friend, a feeling of guilt is understandable and would actually be useful. Guilt alerts you that your actions are not aligned with your values, and can motivate you to make amends. You might think, “I shouldn’t have said that. It was unkind, and kindness is important to me. I bet that really hurt my friend’s feelings. I’ll figure out how to make it right and do better in the future.” You know that you are a good person who made a mistake.

Shame, on the other hand, keeps us trapped in despair instead of encouraging us to change. Shame might cause you to think, “I am a mean, horrible person. I always do this. I don’t deserve to have friends. I am unworthy.” Rather than apologize, you will be more likely to avoid the person you were unkind to. Your attention will be focused inward, on your flaws, rather than outward, on your friend’s feelings. As June Tangney and Ronda Dearing explain, guilt refers to feeling bad about something we did. Shame is feeling bad about something we are. Guilt says, “I made a mistake,” whereas shame says, “I am a mistake” (Brené Brown). This leads us to quickly spiral from “I feel bad” into “I am bad”.

The Impact of Shame

Shame has a detrimental effect on our physical and mental well-being. It is highly correlated with anxiety and depression, and chronic shame also puts people at a higher risk for substance abuse and eating disorders. A person experiencing shame is likely to avoid engaging with other people, cutting themselves off from the opportunity to have supportive relationships. This can be done by hiding or withdrawing from others, or by running them off with anger or aggression. The harsh self-criticism of shame can also result in unhealthy perfectionism and a need for control, as a person desperately attempts to do everything perfectly in an attempt to avoid the critical thoughts that trigger feelings of unworthiness.

Cycles of shame perpetuate themselves in individuals and in families. In an individual, shame can feed on itself, causing behaviors such as self-loathing, isolation, aggression, or addiction, which in turn create more shame. A person who is prone to shame may find themselves caught up in emotional quicksand, feeling anger, sadness, or more shame about their shame, and then beat themselves up for feeling this way. In families, cycles of shame can continue when a parent or caregiver repeats patterns of criticism or conditional affection that they experienced as a child with their own children. This can occur in any culture, social setting, or any part of the world, no place is immune. In addition, we can see shame-based dynamics in all relationships whether parent-child, romantic, occupational, religious, education, or friendships.

According to Marcela Matos and José Augusto Pinto-Gouveia, shame itself can be traumatic and become central to parts of our personality. This occurs when traumatic shame gets relived in our minds through words, images, smells, sounds, thoughts, behaviors, and emotions. Over time, it becomes a part of our self-concept impacting how we think, feel, behave, and socially relate to others and ourselves. Shame is traumatic and often leads to PTSD, and in severe cases where abuse is also present, it can lead to Complex Trauma or even Dissociative Identity.

“How can I be so cruel to myself when I’m doing the best I can”. -from poet and author Rupi Kaur

Developing an awareness and understanding of shame is the first step to overcoming it. Knowing what shame is, where it comes from, and how it impacts our lives empowers us to move through it. I will share specific strategies for overcoming shame in my next blog, Shame, Part Two: Befriending Shame.